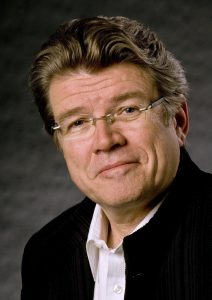 Lance Bennett has been appointed Senior Fellow at the Weizenbaum Institute for the Networked Society (the German Internet Institute) in Berlin. He is working with the research group on “Digitalization and the Transnational Public Sphere” headed by Professor Barbara Pfetsch of Free University Berlin. He also delivered the Weizenbaum public lecture on the topic: “Looking Left and Right in the Digital Age: Three Challenges for Democracy,” which provided an overview of his current research and his work at the Institute, which looks at four major challenges many democracies face today:

2) a fragmented left that is turning away from parties and elections in favor of direct democracy and protest politics;

4) a growing online communication sphere that invites citizens to share and believe what they want.

These trends can be traced to a combination of factors: economic policies that create widespread insecurity that erodes trust in institutions, the failure of mainstream political parties to offer voters new ideas, and divergent uses of digital media by the left and the right. The fate of democracy depends on reshaping institutions and communication processes to engage a broader spectrum of citizens with pressing problems from climate change to economic and political inequality.